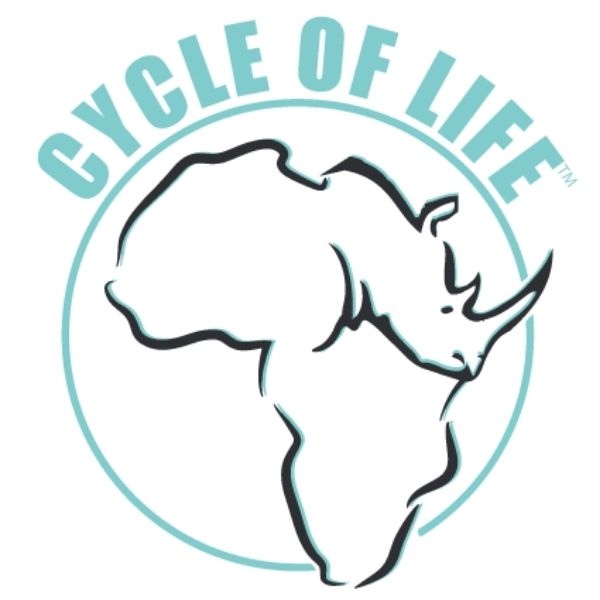 CycleAdmin2020-11-05T09:12:21+02:00
During the COVID crisis, Cycle of Life Charity was in a fortunate position to assist with the salaries of 8 field rangers from the Mun-Ya-Wana Conservancy. Without this support, these rangers would have been retrenched and the impact would have been felt on so many lives in our local community. We are so pleased we were able to be of assistance and would like to take this opportunity to thank all our supporters and donors who always give so generously and thereby enabling us to pay it forward.

Housing for the Anti Poaching Unit

Cycle of Life Charity is proud to have been able to contribute towards building the housing for the APU at the Bayala Gate. The project was in collaboration with Bayala Private Safari Lodge and Camp, Sungulwane Private Game Lodge and Forest Tree Private Game Lodge. Building work commenced in June and the handover was done in September. Thank you to everyone who was involved in making this project a success.
Read more...

A Trailer for Injured Rhino’s

CycleAdmin2020-08-21T14:24:52+02:00
The Cycle of Life Charity Fund is thrilled to say we have been able to purchase a trailer but not just any trailer! This trailer has been reinforced and is strong enough to be able to transport injured rhino's and other wildlife to the Dr Mike Toft Zululand Wildlife Treatment Centre. Dr Toft will be able to operate on the injured animals and monitor their recovery closely before releasing them back into the wild. The trailer was bought with funds raised at our Charity Fundraising Event, held after the CT Cycle Tour in March this year, at Constantia Glen Once again, we would like to thank all our very generous donors who made this purchase possible.   #helpushelpourrhinos

Over the last two years we have been supporting our APU in optimising their radio communications. The recently installed radio mast covers a vast area between the Phinda Private Game Reserve and the Bayala Gate, including camera surveillance outside the fences, allowing us vehicle number plate recognition from the district road to the gate. This is so important for our conservation efforts. Thank you so much to Dave Veldman and Dave Fisher for co-ordinating the installation of these masts with Verifier.
Read more...

CycleAdmin2020-07-02T12:45:35+02:00
Cycle of Life Charity Funds is delighted to announce that one of our biggest projects, the Endangered Species Boma at the Dr Mike Toft Zululand Wildlife Treatment Center, is finally finished and ready to accept injured wildlife. A huge thanks goes to a small group of donors for donating funds and material towards building this project! Their contribution will have a positive impact on the whole KZN region in support of treating and rehabilitating injured priority species with this much needed facility. A big thank you goes to Dave Veldman who has managed and co-ordinated this project and to Gordon Gilbert who arranged the conveyor belt which will protect the animals. Our loyal sponsors were the first visitors - Jason from Olympic Cycles, Guy Lanfear - accountant for Cycle of Life,  Mikey Ford - Head Boy of Diocesan College 2020 and Steve Ciolli.

Investing in our Community

Water Project for the KwaNgwena Community

Thanks to a fundraising event organised by the chairman of our German NGO, Cycle of Life e.V, we were able to  complete  the Water Project for our neighbours, the KwaNgwena Community.  This is one of our largest and most significant projects, supplying constant running water to the Velakukhanya Combined Primary School and their community. Together with our main sponsors, Cycle of Life Charity Funds and Zuka Game Reserve we installed a solar powered pump and piping from a borehole along the river to the school 3km away. This provided the school with a consistent supply of running water which they haven’t had for at least 5 years, having to rely in the interim on rainwater and inconsistent water deliveries from the government. Once their tanks are full the overflow supply is then distributed to several  tanks in the community. We were privileged to have Miss Earth at our opening ceremony.

By Rebekah Copham| November 28th, 2017|Africa Foundation, Conservation 112 people poised to cycle for a purpose – raising funds to #HelpusHelpOurRhinos. And I, was poised to write. To tell their story. Mother Nature however, as she so often does, had her own ideas, and due to winds exceeding 100km/hour, for the first time in its 40 year history, the cycle tour was cancelled. I put my pen down, and held my breath a little. However, the funds continued to flow in, promised sponsorships were not revoked. The cycle event had ceased to be, but the plight of the rhinos had not, and the spirit of generosity lived on.

Almost R 1M Rand was raised, under the banner of #HelpusHelpourRhinos. The rhinos being a cause very close to the hearts of Simone, Rene and Faye, who run The Cycle of Life tour company, offering bespoke ‘bucket list’ experiences in Africa, and have close emotional connections to Munyawana Conservancy in KwaZulu Natal South Africa, where andBeyond Phinda Private Game Reserve lies. Since 2014, The Cycle of Life has been raising funds through the epic Cape Town Cycle Tour in the name of protecting endangered rhinos for the joy of generations to come. While poaching, on the whole, is in decline in South Africa, (according to statistics released by South African Department of Environmental Affairs), in 2016, 1054 rhinos were lost as a result of poaching activity.

Rene, Faye and Simone, of The Cycle of Life

Funds raised through The Cycle of Life enable a holistic approach to be taken to protect rhinos, allowing conservationists and reserve managers at Munyawana, the opportunity to tackle the issue on all fronts. Increased security around the reserve is a necessary precaution, and takes the form of fencing, which needs to be regularly checked and maintained, and new cameras which have been installed at the 4 park gates. Increasing security staff, including supplying them with uniform and radio devices, provides greater coverage on the ground.

Dehorning is also seen as the necessary evil of saving the rhino and through The Cycle of Life funds, a number of white and black rhino within andBeyond Phinda Private Game Reserve have had their horns removed. The horn, made of keratin – the protein found in nails and hair, grows back making dehorning an ongoing process. Approximately 18 months after the initial dehorning it is time for the rhino to have a trim. Which is easy to say, but no mean feat to do, involving helicopters to locate the rhinos that roam free in the 28,600 ha reserve, a vet and team of reserve staff to assist in the operation. Tracking rhino isn’t only restricted to seeking out those in need of dehorning and The Cycle of Life sponsorship has enabled staff to be employed to run a daily tracking system; as simple as driving sections of the reserve daily and using sight and instinct, to monitor the rhinos whereabouts and well-being. Unique ID tags enable the recording of sightings, along with any indicators of injury, distress or illness. In addition to this, a fixed wing plane is used to circle above the reserve on a weekly basis, providing the advantage of an aerial view of the rhinos and surrounding habitat.

It is estimated that there are less than 2,500 black rhino left in Africa

When new black rhino were introduced to the reserve earlier in 2017, The Cycle of Life funds enabled the purchase of foot collars. These devices allowed an initial continuous monitoring of the rhinos, generating comprehensive reports on their movements, so that the team could ensure the rhinos settled into their new environment. Recently, a female rhino with calf, was spotted by the trackers having difficulty walking, in a location which was lacking in adequate food and water supply. Over the following days of observation it became apparent that her injury was preventing the two rhinos from making any progress and the lack of sustenance in their immediate vicinity was going to prove detrimental. Decisions to intervene are complex for conservationists, but to facilitate, the vet was called to make an assessment of the foot. The beauty of the money from The Cycle of Life, is that when unexpected costs such as this arise, funds are available to respond. The vet used high-tech equipment to X-Ray the rhinos foot, right there in the bush. A dislocated toe was discovered – probably the result of a high impact collision with a sharp object while running at speed. An unusual injury, and one made worse by a subsequent infection in the foot, which likely entered where the nail had split with the injury. It was obviously immensely painful for this 1.5 tonne gentle giant.

The decision was made to relocate the rhino and her calf to an area in the reserve richer in food and water supply, and where they could be more easily monitored by the tracking team. Treatment for her infection was also to be administered. Not long after their relocation, it came to light that the Phinda reserve team had not rescued two, but three rhinos, as the injured rhino has in fact been pregnant, and delivered her second calf. The vet and team have been visiting this family every 7 – 10 days now for the past 3 months, and treatment on the foot continues, with thanks in part to the support of The Cycle of Life, and the generosity of all those who got on their bikes, and trained hard to achieve a personal goal, and despite not being able to complete the race continued to support the cause.

The injured rhino with her two calves

Funds generated have also enabled collaboration with Zululand Rhino Orphanage, where young rhinos are cared for and prepared for a return to the wild, after incidences of poaching leave them orphaned.  In the same manner as at Munyawana Conservancy, funds are allocated to a number of activities at the Orphanage, including dehorning, vet fees, food and medical supplies. The Cycle of Life are busy again building up their team for the 2018 race, on March 11th, and would welcome new members to come on board. With great team spirit, training sessions take place all over South Africa, and in fact the world, and team members become friends through their passion for cycling, outdoors and conservation of beautiful reserves and rhinos. To join the team and help to continue to raise the funds that keep these vital and sometimes unpredictable initiatives going check out The Cycle of Life website here. To support the team click here. And, thank you once more, to all the cyclists and donors of 2017, for the real impact that you are having to #HelpusHelpourRhinos!
Read more...

As rhino poaching is escalating yearly we are forced to take serious action in protecting this dying species. The Cycle of Life™ Team will cycle this unique 4-day-stage, 260 km event, starting in the uMkhuze game reserve section and ending in the seaside resort of St Lucia within the iSimangaliso Wetland Park to raise funds for rhino dehorning, anti-poaching and relocation.

ISIMANGALISO is among the most diverse parks in the world with eight major interlinking ecosystems, one of the highest bird counts in the country, incredible plant and game species biodiversity (all of the Big Five) and superlative natural beauty. On the second day the route transits the ‘Big Five’ Phinda Private Game Reserve, then continues through the False Bay section of iSimangaliso and finally into the neighbouring Bonamanzi Private Game Reserve. Please help us save these beautiful creatures before it’s too late.
Read more...